A downloadable launcher for Windows

What does it do

You have a bundle that contains games from different engines, html games, music, videos, Gameboy ROMs, and even a few tabletop games with pdf rule books? Or are you just trying to package some digital goodies with your game? No problem! With this easy to edit, free and opensource launcher you can present them all to the player through a single executable. Games are presented as a series of covers with the names of games and their creators. No more digging through dozens of downloaded folders and unpacking all of those games one by one, just download a single zip and run the exe. The launcher will take care of the rest.

This project is in very active development. A lot of things are likely to change. The launcher will remain free, opensource and well documented forever.

Demonstration of this launcher running the example project available in the downloads.

Demonstration of this launcher configured to run the first issue of the Indiepocalypse zine.

What it CAN do:

What it CAN NOT do at the moment:

It has not yet been tested how this thing behaves on a non Windows OS. I hope the community can help out with that one soon.

Q: some/all projects I want to run were not made in Godot, will it still work?
A: absolutely!

Q: I don't know how to code/use Godot, will I be able to make a launcher for my bundle?
A: Yes, you don't need to touch any code unless you want to add a new feature, everything is done by filling out fields and drag n dropping images. The documentation includes a detailed tutorial on how to set up Godot to work with this project.

Q: I want a feature to be added to the launcher, what should I do?
A: You have a lot of options here:

If you want a launcher that is very different from what we have at the moment I can make you one for a price. (if possible the resulting modifications will be implemented into the publicly available version)

bonus: sourcecode of a launcher for games from Sokpop Community Jam that has not been publicly released yet. Is basically the same thing as in other downloads except this one was tweaked a lot to make it fit the aesthetic.

You can modify and redistribute this project and use it commercially in paid projects. You can not sell the source code or its modifications, but you can release them for free. If you use it in your project/bundle please include a link to this page. I would also love to add your project to a collection of projects using this launcher, DM me if you want that. 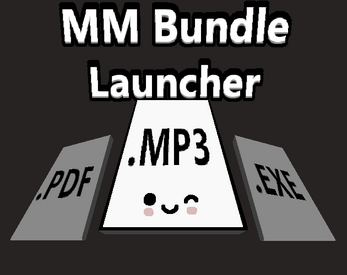